Facial expressions are subtle and the slightest change in the position of an eyebrow can change the entire meaning of the body language being displayed. What’s more, humans are very good at reading facial expressions (and faking them) – far more so than any other aspect of body language. (Continued at the bottom of this page)

People enjoy smiling and laughter is so valuable to humans that we are actually prepared to pay for it. Comedy shows, jokes, puns, tickling and the occasional ludicrous situation make humans laugh. Later on we’ve dedicated an entire page to the various different smiles and laughs and what they mean. To the right is the “So Funny” facial expression that occurs when laughter reaches a point that is uncontrollable. The same expression is seen when a person is being tickled and, again, has no ability to stop laughing. It’s much more common in women than men.

This is the facial expression of a person who is enjoying the emotional state described as bliss. The eyes are closed. The forehead is relaxed and free of frown lines. The lips reflect a faint smile. Sometimes described as a state of extreme happiness, bliss is more accurately an emotional state that combines comfort, contentment and tranquility. This is the facial expression of someone who may be daydreaming pleasant things or a person who is enjoying a soothing and intimate massage. A state-of-mind where the world and its worries are far away.

This picture shows the “quizzical” facial expression of a person who is paying close but cautious attention to what is said or displayed. The face is relatively neutral although there is a hint of a frown that tends, in this case, to suggest concentration rather than disapproval. The eyes are open and fixed on the subject and the lips are relaxed. This is the intelligent expression that a lecturer would like to see on the faces of his or her students. If the person had a hint of a smile or occasionally nodded their head, this would indicate approval of the communication.

Doubt! Not sure I believe you.

If the picture above indicates cautious interest then the one to the left is a negative progression. The eyes have narrowed, a clear frown has appeared, the lips have become pursed in disapproval, the chin has tilted defensively higher and the whole head has turned slightly away. Combined, these individual signals create a facial expression that blatantly indicates that the person has serious concerns about what they are hearing or seeing. It’s a classic expression that generally indicates a distrust and rejection of the communication that is taking place.

This facial expression and posture may be confused with a “tell” for lying. Shy people experience emotional stress when interacting with other people and so look down and away. Liars experience a similar stress and display the same signal. One indicator of the difference is in the movement of the persons eyes. A liar’s eyes will often “glance” back at the other person to see what they’re doing. The truly shy will keep their eyes averted. The speed of the expression is also important. Liars make this signal involuntarily and because they try not to do so, it is often very quick.

Why do people (and many animals) scream or bellow when in pain? Sources claim that it is an audible expression of an intense physical or emotional experience that helps stimulate the release of adrenaline (the fight or flight hormone) and endorphins (the body’s natural painkiller). As a facial expression it is similar to “rage” except that the eyes tend to close for pain and remain open for anger or rage. In both cases the act is a catharsis that provides a momentary release of emotional stress. Further sources claims that the scream of pain is so close to that of rage it might frightened off an attacker.

Bowing the head and looking down is a classic sign of shame or regret. The mouth is closed and the eyes, while open, usually look at the floor. Some psychologists believe that this facial expression implies deep introspection brought on by shame and concern for what is causing the emotion. Others believe that it is a learned response that shows subservience and is an act of contrition and thus a plea for forgiveness. In some cultures looking down is seen as a way of saying: “I’m not worthy to look at you. (Far Eastern) In Western culture not looking at someone can be seen as a sign of rudeness and weakness.

Why do we have facial expressions? One popular theory is that complex verbal communication is actually a fairly recent evolutionary advance. In fact, it is so recent a development that only one species on the planet actually has it for sure. (No we don’t believe that dolphins have a secret language taught to them by aliens and film producers).

To put this into perspective we need to think of evolutionary time as a twenty four period with now being the end of the 24th hour. If we use this analogy then speech as we know it occurred in the last second of the last hour or 23:59:59.9 to be precise. The real question is how did humans communicate up until that moment? The answer is with grunts, gestures and facial expressions.

It’s therefore no surprise that we still use them. Today, our facial expressions are the equivalent of a perpetual PowerPoint display of our emotions. A huge amount of communication using facial expressions needs no words at all. A smile to say: “I’m pleased” or “I’m happy” or even “I like you” is enough.

These expressions are more than a statement of a person’s emotional state they occur to reinforce or contradict what is being said. They are just as often used to provide others with feedback about the communication being received. A child being “told-off” looks down to acknowledge to the parent that he or she understands the communication and now feels shame. Two-way communication is taking place at many levels.

Sometimes facial expressions are simply automatic responses to protect the delicate organs of the face. Eyes narrow when threatened and a person will wrinkle their nose in disgust in an attempt to keep from inhaling a bad smell that might be dangerous. As stated before, the science behind body language is fascinating but this website is mainly dedicated to the recognition of body language and what the individual signals and expressions mean. 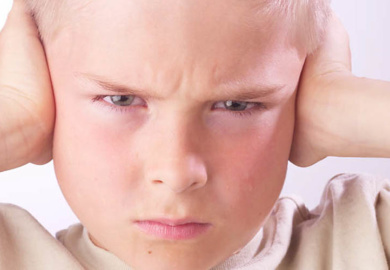 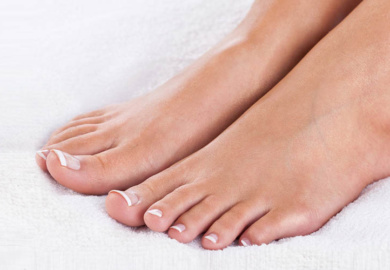