To separate Ghosts from other unexplained phenomena, a starting point is to agree that a Ghost is the visible, audible or telepathic experience of something that was once alive and that is now dead. So a ghost could naturally be a human being but could also be an animal or a plant. In fact all of these have been reported at some time.

Are Ghosts real? It’s a question often asked and especially on the Internet. It is the second highest mystery in the Aquiziam list that has been based on the number of worldwide internet searches conducted in English. The question would be better if it asked: Do ghosts exist? (Reality can be a tricky subject and yes it is Quantum).One pseudo scientific explanation for this is that all living creatures have a form of measurable electrical (spiritual) energy when they are alive that fades away after their death. For lack of a better word let’s call this energy: “Life”.

Now just about all scientists agree with the Law of Conservation of Energy that states: “Energy cannot be created or destroyed; it can only be changed from one form to another or transferred from one body to another, but the total amount of energy remains constant (the same). Given this as a concept, the question arises whether or not a “Life” (energy) continues after the body in which it existed has ceased to function? So the first explanation is that a ghost is the “Life” energy of a once living thing that does not fade away or move on as it is supposed to. Death is not the opposite of life it is merely its absence – so where did the Life go?

If this is the explanation then it certainly does not explain why there are apparently ghostly carriages, cars, ships, planes and so on. The definition of ghost then has to be: “The manifestation of anything that once existed but now does not.”

Is the latest definition realistic? In theory it is possible that every single event that has occurred since the beginning of time has left an imprint of itself on the matrix that is the universe. This is a very new “big” idea that only now are scientists beginning to seriously explore. The theory behind it is deceptively simple and draws its formulation from Einstein’s Theory of Relativity in which he shows that time is not a constant. Think of life like a film made up of thousands of “frames”. Each frame is a moment in time permanently captured (and now real forever). If they are flashed quickly, one after another, then the illusion of motion and reality is created. This is what a person experiences every time they watch a Film or DVD. But what if two films were experienced at the same time? The experience would be very much like that of experiencing a ghost and, as we now know, time is not a constant so in theory it could happen. In paranormal language this is often referred to as a “time-slip”.

Let’s look at these three incredible unanswered questions. Firstly, not even the cleverest person alive or dead has effectively explained where the universe came from! They can now explain that once there was nothing and then after a significant explosion – “The Big Bang” it all started to materialize but they conveniently fail to answer what it was created from. The second great unanswered question is: “How big is the Universe?” And again there is no answer other than “infinitely big” or “never ending”. In an infinitely large universe the possibilities are, by conclusion, infinite. In short, anything really is possible. The third question is: “Is there life (energy and consciousness) after death? The safe scientific answer is “no”. However, ask scientists to prove this and they cannot. The truth is that history is littered with scientific facts and beliefs that have turned out to be wrong more often that they were correct. Universities and other scientific institutions rarely hire people that do not conform to the current accepted beliefs. Science is more similar to a religion than many of its priests, sorry – scientists, would like you to believe.

we’ve raised the subject of religion it’s important to consider that the majority of people are religious – even if somewhat vague about their beliefs. At their most basic most religions are very similar. They say:

There is a God. This God created everything. This God wants you to behave in a certain way that is “right”. If you behave as you are told then when you die your soul (you) gets to carry on in a nice place. (sometimes there are even virgins.) If you don’t do and believe what you’re told then something unpleasant happens to you – quite often even before you die. By the way we’re being cynical here but it does seem that mostly what these Gods want you to do is behave, keep clean, keep believing and hand over some of your money. Oh, most importantly they want you not to change gods – which of course stops the money coming in.

We apologize in advance for any offense that this abbreviation may have caused. Still here is the tricky thing, they could be right. There is no proof that God does not exist and quite a lot of anecdotal evidence that God does.

Most religions believe (propose) that all living things have a soul – a form of energy and consciousness – that continues to exist in some form or another after death. Many paranormal experts propose that after death the soul usually moves on but sometimes fails to do so and remains linked to this world (reality). The force of this presence can be weak and so merely create an awareness sensation in those that are sensitive to its presence or it can be strong to the point where the “ghost” can actually interact with the living. This interaction can be protective, benign or even aggressive. They further propose that the anomaly created by this remaining soul can be so strong that it can project the appearance of objects with which it was strongly associated. This is quite a good explanation for why the Headless Horseman still has his horse or why ghosts are often seen with their cloths still on.

The Evidence Against Ghosts:

The Evidence for Ghosts: 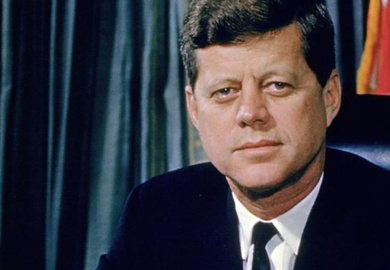 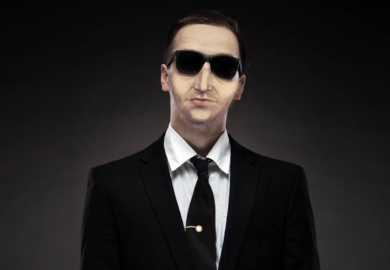