The stone eventually passed into the ownership of the rich banker Henry Philip Hope for £18,000.  Some believe it was sold off by George VI’s mistress, Lady Conyngham.  One version goes that George had left all his jewels to her in his will but for some reason she refused to take them.  Perhaps she had heard of the   curse and no longer wanted it anywhere near her. (She also needed money to pay off some of the King’s debts) Some versions of the story claim that Eliason himself went mad later but there is no hard evidence for this. The stone was later revalued at £30,000.  From this point on the stone would be known as the Hope Diamond.  Not surprisingly, while Henry Hope owned the diamond he suffered a long series of misfortunes, including the death of his only son.

In 1887 his grandson, Lord Francis Hope, inherited the cursed diamond. He spent almost all of his fortune on his extravagant and reckless lifestyle and had to sell the diamond in 1901 to Adolf Weil of Hatton Garden to pay off gambling debts. He also lost his foot in a hunting accident and his wife cheated on him.  He later died as a poor man.

While he owned the diamond he became infatuated with an American actress May Yohé who he later married.  May didn’t like the diamond and claimed it exuded an evil spell on people.  She blamed the diamond for corrupting her and driving her to have the affair that ended in her divorce from Lord Francis.   She is said to have died poverty stricken after the failure of an early film about the Hope Diamond Mystery (1921) and its now well-known curse.  There have been some suggestions that Yohé might have tried to kill her second husband – Captain John Smuts.

It passed on to Jaques Colot, a broker who struggled to sell it on.  The worry of his investment took the pleasure out of his life and even after he did sell it he declined into madness when he found out he would not receive full payment for the gem.  He finally committed suicide.

In 1902 Jaques Colot sold the Hope Diamond to Ivan Kanitowsky, a Russian prince.  In 1908 Kanitowsky then gave it (loaned it) to the celebrated actress Mademoiselle Lorens Ladue of the Folies Bergère in Paris. The first time she wore the stone on stage she was shot by a man in the audience some people claim was an ex-lover.  Some versions of the story claim that it was Kanitowsky himself that pulled the trigger.  Some weeks later the prince himself was stabbed to death as he walked along a Parisian street.  The work some believe of Russian revolutionary agitators.

During late 1908, a well-known Greek jewel broker by the name of Simon Maoncharides acquired the stone.  History, as always, is uncertain but it appears that he sold it to Habib Bey – a Persian diamond merchant.  On the night that the deal was concluded, Maoncharides accidentally drove his carriage over a precipice, killing himself, his wife and child.

Habib Bey quickly sold the stone to Salomon Habib who was acting on behalf of Abdul Hamid II, the Sultan of Turkey. Within months Habib Bey drowned during the sinking of a French steamer in 1909.

Abdul (The Damned) paid $400,000 and gave it Salma Zubayaba (Zubaidah) his favourite concubine with orders that it be protected by Kulub Bey, his favourite eunuch and guardian of the Sultan’s treasures.   Mere months afterwards, while Kulub Bey was distracted Jehver Agha, a low official in the treasury, stabbed and killed Zubayda and tried to steal the jewel.  He was caught by Kulub Bey and hanged after being tortured.  Abu Sabir, the man who had polished the stone for Sultan was unfairly accused of working with Jehver Agha and was tortured and executed. Shortly after this incident Abdul Hamid II was overthrown during the Young Turks Rebellion of 27 April 1909.  He was later captured and imprisoned at Beylerbeyi Palace in the Bosphorus.  Legend has it that Kulub Bey was captured by a mob after the uprising and slowly strangled to death.

The Hope Diamond vanishes from history for a while until it appears in the hands of Pierre Cartier of the famous Cartier Jewelers family.  On 28 January 1911 he sold it to Edward B. McLean on behalf of his wife Evalyn who became owner of the diamond and mocked the curse joking that things that brought other people bad luck brought her good luck. Perhaps Edward wasn’t convinced though as the original contract with Cartier did include a clause stating: Should any fatality occur to the family of Edward B. McLean within six months, the said Hope Diamond is agreed to be exchanged for jewelry of equal value”.

Well, Evalyn may have joked about the Hope Diamond but it didn’t care.  Shortly after she acquired it her mother-in-law died.  Her eldest son, Vinson, often referred to as the Billion Dollar Baby, ran in front of a car and was killed. He was only nine.  Edward McLean went off with another woman and even claimed to have married her although he hadn’t.   Evalyn continued to spend money recklessly as did Edward who eventually wound up in a mental asylum where he died from brain atrophy brought on by alcoholism.  Aged only 25, Evalyn’s only daughter died from a drug overdose.  Debts eventually forced her to sell the Washington Post.  Aged just 60, she died of pneumonia soon after her daughter and was buried in Rock Creek Cemetery, Washington D.C. Evalyn’s grandson Lt. Ronald Walsh McLean was killed during the Vietnam War while leading a five man recon in Quảng Trị Province.

Harry Winston, a New York diamond merchant, bought the gem in 1949.  He exhibited it around the world but in 1958 he was persuaded to donate it to the Smithsonian Museum, where it has resided to this day.

The curse wasn’t quite finished yet.  James Todd, the mailman who took the Hope Diamond to the Smithsonian later crushed his leg in a truck accident, injured his head in an automobile accident and then lost his home in a fire.

There is only one person who has been spared the “curse” of the diamond – the American jeweler Harry Winston. After buying the diamond, he donated it to the Smithsonian Institution who still possess the diamond to this day.

Is this all just coincidence or is the Hope Diamond actually cursed?   Some researchers dispute many of the facts in the story such as the fact that Marie Antoinette may never have actually worn the jewel and that Tavinier may have lived a long and prosperous life.  Still there is no denying that people associated with the stone – even if they weren’t the owners – have had uncommonly bad luck.

Footnote: This is the legend of the Hope Diamond and its curse.  Please note that many researchers and authors disagree with this version of events and claim that the entire story of misfortune was probably made up by Pierre Cartier and later May Yohe.  Cartier wanted to sell the gem and need a fantastical back-story while Yohe was trying to promote the film about the diamond that she co-wrote. For a very detailed and less sensationalist version of what really happened please read the book – ‘Hope Diamond: The Legendary History of a Cursed Gem’ by Richard Kurin. 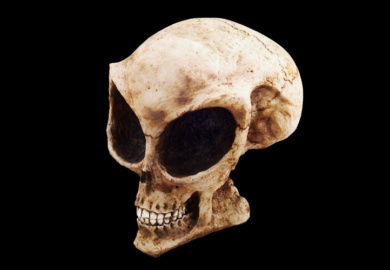 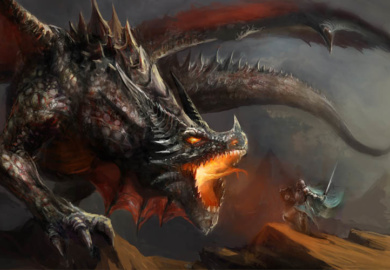