Tactics are used by people on people and critically they must anticipate how other people will behave or respond. Therefore it is essential that the tactician also understands human behaviour. The great tactician out-thinks his or her opponent. Most tactics are designed to manipulate or manoeuvre other people in a way that is advantageous to the tactician.

Today, many people believe that our modern society is no longer subject to the desires and behaviour patterns that controlled the lives of thousands of previous generations. It comforts them to believe that a technology-rich environment saturated with information and education will somehow elevate people to a higher state-of-mind that washes away the very desires, beliefs, instincts and fears that form the basis of natural human behaviour. They are wrong.

Approximately two million years ago a group of gracile ape-like beings that we now call Australopithecus, our distant ancestors, lived in a set of caverns and sheltered rocky outcrops near Gauteng (Johannesburg) in South Africa. The place is called Swartkrans (Black Cliff). What makes it special is that it is recognised as the earliest known site where there is evidence for the controlled use of fire. A group of scientific researchers once barbequed and ate meat while looking at the fossilised remains of Australopithecus still evident in the rock.

Two million years later and people are still cooking meat by grilling it over an open fire. The fact is that millennia of evolution and the resulting human behaviour is a fundamental part of humanity. It will not disappear in a mere century or two no matter how unpalatable that may be to the nouveau intelligentsia.

The reason human behaviour is important is because tactics are fundamentally linked to people and their responses to real or imagined situations. This doesn’t mean that that human behaviour is easy to understand or predict. On the contrary humans are complex – very complex indeed.

It is worth remembering:

Thousands of people throughout history have tried to explain human nature and establish logical, or at least plausible, reasons for why humans behave as they do. Genetics, learned responses, tribalism, survival of fittest and so forth have featured often. However, what many of these researchers fail to do is actually compile these common behaviour patterns into a concise summary that applies to most people. As a rule, the greater the understanding of human nature, the more likely you are to devise successful strategies and implement effective tactics. The psychology behind human behaviour can be useful but it is not essential – but knowing how humans are likely to behave in any given situation is vital.

Put another way, I don’t need to understand how a car’s engine works in order to drive the car – just what buttons to push.

Some aspects of human behaviour are so common that religions have seen fit to make them sins.

However, by playing a little with these words and using less damning descriptions the nature of the sin changes.

The Quest To Know the Future

Essentially, the above is a play on words but it does demonstrate a valuable point. It’s all about perspective.

Without going into the science of “why”, we have compiled a list of observations about human nature that you might find useful. It is not definitive and of course they are not true of everyone (especially you) – they are generalizations. Undoubtedly people will argue that each human being is a unique individual and that the human spirit and intellect separates us all into “very special people” impossible to categorize and define like this. Well, if this were truly the case we would not have fashion, trends, social groups, advertising campaigns, nations, religions or even shared understanding. Perhaps we wouldn’t even be here.

This is an emotive subject and one about which people lie to each other, and themselves, with regularity. For example, the statement that most people watch people doing stuff with there cloths off would be greeted with the response that this is nonsense. Most people interviewed deny that they enjoy it and denounce those that do. Strange isn’t it then that it remains the most searched for subject on the Internet by a considerable margin. Only Britney Spears used to compete (1997-2003) and some might say – “but it’s one an the same principle?” In 2006 more than 190 million searches were conducted on the word alone and more than a billion searches on associated subjects. When you do the mathematics you realise that it works out to about one out of every three adults and that figure only represents the people who don’t already know where to find it and have a basic understanding of English.

The Internet and the way it provides an understanding of human behaviour and what people search for is a remarkable tool. Thanks to the openness of the search engines and the application of some very simple statistical analysis it is possible to see what interests people at any given time and, because the process has been going on for some years, it is also possible to identify long-term patterns in human behaviour.

For example, in 2006 more people searched for information on horoscopes than they did on Christianity, Judaism, Hinduism and Islam combined.

The truth, however distasteful to some, is that humans have a considerable amount in common with each other. Most of the differences i human behaviour that do exit are the result of social and cultural training and thus become common factors within that culture. Once this is recognised it means that the strategist and tactician can make predictions about how people will behave when faced with a certain set of circumstances. This helps in the selection of the appropriate tactic or perhaps the response to a tactic that is being used by another person.

A word of caution – there will be exceptions. Generalizations are about groups of people – tactics are often about individuals. Specific information about the people with whom you will interact and a detailed understanding their personality is considerably more valuable than any generalization.

It is unlikely that everyone will agree with the following points – that’s human nature – but considerable observation and analysis suggests that they are true most of the time even though they may appear somewhat cynical. They are worth thinking about at the very least.

These are a very few guidelines relating to human behaviour, there are many more. 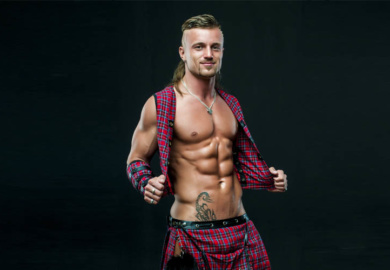 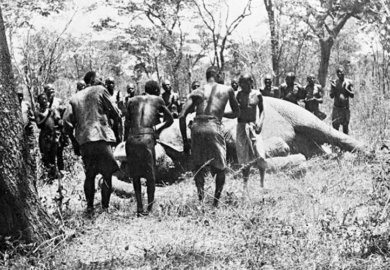 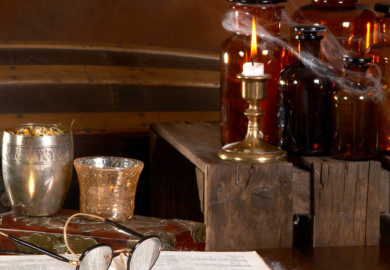