Hollywood loves Zombies.  Actually, all film studios love zombies and why not? They look cool, they’re dangerous but beatable and, because they’re not really people anymore, it’s OK to blast them with everything from a flamethrower to a nuclear bomb.  This means lots of thrills and gore which is what seems to sell movie tickets at the moment.

There’s been dozens and dozens of zombie movies and TV series and the most recent includes the Resident Evil series, I am Legend, The Walking Dead (TV) World War Z and, of course, Zombieland.  These blockbusters have inspired an entirely new generation to dress up in rags, cover themselves with fake blood and stagger around groaning with their arms stretched out in front of them.  Great fun of course but is a zombie apocalypse actually possible?

Typical Zombie much loved by Holywood

The original zombies were supposedly dead people that had been brought back to life and turned into slaves by the power of voodoo magic.  Modern movie zombies tend to be humans that have lost their humanity and often large parts of their bodies.  The most common plotline involves some form of deliberate or accidental infection that transforms ordinary people into slathering monsters whose sole purpose is to attack non-zombies.  In some cases the zombies are just as vulnerable as every other human and just as easily killed.  However, other more inventive scriptwriters have suggested that nanobots or a hive-mind virus could invade every cell in the body making it possible to have animated corpses that didn’t need to breath, have circulating blood etc.  This type of zombie is common in the TV series The Walking Dead.

So, is a zombie apocalypse possible?  Strangely it would seem as if it is.  Researchers have described a few scenarios that, if not likely, are at least plausible.

This scenario is the most common.  Humans are exposed to a contagion that gets into our brains and changes the chemistry thus turning us into savage out of control monsters determined to infect as many non-zombies as possible.  There is a huge variation in what these transformed humans may be like.  At the one end of the scale we retain our personalities and brain functions but just become excessively violent and destructive.  These are the zombies of the cult space western film ‘Serenity’ and known as the Reavers.  In the film they are created when a widely administered drug – Paxilon Hydrochlorate – has unforeseen and disastrous side effects.  At the opposite extreme the zombies are infected with a virus that completely takes over the body tissues and can only be destroyed by effectively destroying every part of the creature – preferably with fire or acid.  Contenders for the contagion include viruses, brain parasites, aliens, fungus etc.  It’s also been suggested that widespread neurotoxins could have the same effect.

While there is no known virus that could have this effect, chemicals certainly could.  In theory, there is every possibility that a future genetically engineered virus could achieve the ‘zombie effect’.  However, the zombies would still be people rather than living dead even if their brain functions had been altered.  They would still need food, water and shelter and it is highly likely that they would die off in large numbers from violence, starvation and extremes of temperature.  Even if the virus made them more robust it would only be a matter of time. Finally, even if they could still breed it’s extremely unlikely that they would retain the parenting skills needed to raise a future generation.

Like it or not somebody somewhere is fiddling around with human DNA and looking to create a better being.  They will probably get it wrong many times before they get it right. The problem is what happens if the mistakes get into the mainstream population.  It turns out that scientists have been experiment with stem cell research to regrow damaged sections of the human brain.  It’s a short jump to imagine an army of brain modified soldiers wreaking havoc.  However, unlike a contagion there is no suggestion that brain adjusted individuals could spread easily their adjustment to other individuals. In theory it might be possible for DNA modifications to be spread through a self-replicating virus.  Still, that’s just a variation on the virus theme.

This is perhaps the most farfetched and yet strangely realistic scenario.  Humans or perhaps an unknown extra-terrestrial intelligence develop tiny robots called Nanobots that are designed to invade the human body and essentially take over and control its functions.  These nanobots could be self-replicating and animate a human body long after the original consciousness was dead.  The idea of nanobots is not new and scientist are actively working on developing these entities right now.  The rogue release of these micro-machines could easily create a programmable zombie pandemic.  Right now it’s unlikely that this technology exists but you can be sure that there are scientists somewhere trying to make sure their country gets the technology working before their enemies do.  An excellent novel called Gravity Dreams by L. E. Modesitt thoroughly explores the concept of nanobots and the impact that they could have on society.

Sorry to scare you …

So, it does seem that a Zombie apocalypse might be possible after all – although perhaps not quite like Hollywood would like to present it to the cameras.  Of interest is the rather excellent guide prepared by the American Government’s CDC (Centers for Disease Control and Prevention) entitled: Preparedness 101: Zombie Pandemic 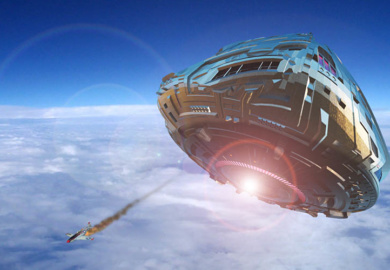 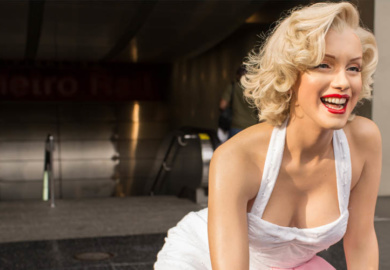