The “Leaking the Story” tactic is a way of releasing information to the public without it appearing to come from an official source. This allows the true source to judge public reaction to the information before confirming or refuting it.

A second variation that is often given the same name is where a person within an organisation feels that the public have a right to know. This person then “leaks” the story against the wishes of his or her superiors or colleagues. This allows the information to be released while the person divulging the information remains securely anonymous. This is also known as a “tip-off”. In this section the tactic being explored is the first version.

This tactic is believed to have been a favorite of the Blair government of the United Kingdom. In fact, the word “spin” was popularized during this time to describe how the media were manipulated during this period.

There are three very successful ways that this can be done. The first is where a “compliant” journalist is given the information directly and plays along for the scoop value – or reward. A second is where the information is accidentally left in a public place to be found. The third involves making the information available to an individual within the organisation who, based on their moral values, feels compelled to tip-off the media. This third party has thus become a patsy of the source. The beauty of the third option is that it’s often the patsy that takes the fall.

In certain cases the story that is leaked is done so to deliberately manipulate the media and provoke public opinion to which a government or organisation can respond positively.

A story is leaked to the press that taxes are to be increased. The public, naturally, react negatively. The government announces that the opposition is just trying to alarm people and then promptly reduces taxes. They can afford to because, after all, they tactically planned the whole chain of events. The public are happy and the government’s ratings rise.

The opposition looks foolish and wonder, “What the Hell just happened?”

A further reason to use this tactic is to unofficially acclimatize people to something unpleasant. In the 1997 film Dante’s Peak which is largely about the threat of an imminent volcanic eruption, Pierce Brosnan tells the story of the “frog in boiling water” – a tactic in its own right. (Even if the phenomena is something of an urban myth)

He describes how if a frog is dropped into a beaker of boiling water it tries to jump right out. However, if the frog is put in a beaker of cold water and slowly brought to boiling point is will just sit there until it dies. We wish to point out that we’ve never tested this but it is a good analogy.

By leaking a story, or series of stories, it is possible to get the public to accept something that they would have vehemently rejected if the story was released, officially, all at once.

A possible example of this was the lack of weapons of mass destruction in Iraq. Story after story appeared in the media about the absence – each story drip-by-drip acclimatizing the public to the truth. The governments involved delayed, investigated, commissioned reports and finally, after many months, admitted there were no such weapons. However, by now the majority of the public just didn’t care anymore. The frog was boiling but just didn’t realize it. Is this what really happened? Well it’s unlikely we’ll ever know but if it didn’t then it was accidentally perfect.

“Leaking the Story” is a powerful tactic but is also a dangerous one. Once information is in the public domain it has the ability to create a life of its own. A misjudged release of information can prompt an unexpected public response.

Still, “leaking the story” remains commonplace. Quite often it is a genuine leak but just as often it is a cynical manipulation of the media and thus public opinion. Thinking ahead and accurately predicting public response is the key to its success.

One final point is that this tactic should not be confused with “Burying the Story” another media tactic often used by governments and large corporations that involves releasing bad news at a time of national crisis when the media won’t notice it. A good example of this was when, during the 9/11 Twin-Towers disaster, Jo Moore, a spin doctor working for the Blair government, issued an e-mail allegedly stating “today would be a good day to bury bad news.” She was right but got caught. An outraged moral citizen “leaked” the e-mail to the press. It makes you wonder who she’d upset in her department? Public opinion was against her. Some months later she resigned but others fell with her including Stephen Byers, Transport Secretary of the UK Government. (BBC News, 28 may, 2002,)

Some basic and largely common sense rules apply to the use of this tactic. 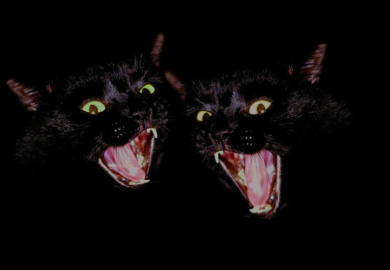