The hunters set out the next day, They saw the wrath of Raka…

Koki’s broken body trodden into the clay, His spear crushed, his shield smashed.

Raka now always joins us in our alien dance, with desire from the wild chase and capture

And mating and screaming under force, Of mysterious and unbridled rapture.”

From: The Coming Forth of Raka

Raka … The epic poem by N.P. Van Wyk Louw tells the story of an innocent tribe’s struggle against the seductive corrupting, violent and invading force of Raka the Man-Ape that conquers, violates and debases the tribe. Raka wins … values lose.

Across the sub-Saharan continent of Africa it is possible to find tales and legends of strange and primal apes that are at least part human. These creatures go by many names – Bili Ape, Bondo Ape, Chemosit, Kerit, Kikomba and of course … Raka! In general, all these creatures have several aspects in common. They are considered to be half man – half ape, they are sexual predators; they represent both spiritually and in practice the darker side of humanity and they live in the shadows and are often only seen at night.

It is very important to point out that the central forests of equatorial Africa are both huge and dangerous. To put this in perspective, it is quite possible that more of the Amazon rain forest has been explored than the central and northern regions of Uganda, The Central African Republic, Niger, Rwanda, Burundi, Cameroon and the Congo.

“The porters huddle closer to the fire; the white man casts a reassuring glance upon his guns and pours himself a chota peg … on such nights prowls Kiret, the devil beast of darkness!”
Captain W. Hichens; Late of the Intelligence and Administrative Services, East Africa, 1937.

During the early 1900’s many western explorers, missionaries and colonial administrators based in Africa reported encounters with strange ape-like creatures. Alfred R. Potting describes such an event that took place in 1916:

“The man-beast seemed attracted to the fire and prodded at it with an acacia branch that it had wrenched from the tree to which we had secured our tents. Our terrified Bantu trackers had long since fled but Hawkins, Van de Merwe and I stayed behind with our rifles levelled at its barrelled chest. Although the size of a lowland Gorilla it resembled no ape in my guide. At last, tired of its tomfoolery it raised its domed head and with dark and wicked eyes it smiled revealing teeth that could have severed a man’s leg. Then it was gone to the bush from where it came. Later, as I lay awake I asked myself – what animal smiles?”

Stories of these giant half-human creatures reached America in the 1920’s and soon the 1933 film, King Kong, featured a giant ape that falls in love with its sacrificial victim – actress Anne Darrow. Kong is clearly an ape but displays many human qualities.

In South Africa, Afrikaans writer N.P. Van Wyk Louw wrote an epic poem about a creature that was half-man half-ape entitled Raka. The poem is excellent and tells the story of a tribe in Africa that is initially content with its own existence. However this is not to last and from the deep jungle (bush) and shadowy canyons (kloofs) comes forth Raka. His presence both frightens and excites the tribe to live and behave in a way that is no longer in line with their perception of civilization. Koki, a warrior and spiritual leader prepares to fight the Beast and sets off to do so. He is defeated and dies a martyr’s death. The tribe sublimate themselves to the violence and sexual passions of Raka in order to survive but in doing so their culture, old beliefs and inherent nobility must die in their place. At its most obvious the poem is a depiction of the battle between good and evil where evil triumphs. Much has been written about the poem and many people believe that it was a metaphor for the destruction of African culture by the overwhelmingly powerful colonial invaders. It actually made it onto the school reading lists of South Africa during the apartheid era because of a misunderstanding whereby the censors interpreted the story inversely so that Raka was the “Passionate Chaos” of old Africa threatening the “Puritan Order” of the country under white rule. Much more has been observed in the poem than perhaps Van Wyk Louw ever intended. It is very possible that he based the story and even the name of the beast on a much older version of the story that he heard from the indigenous peoples of the Eastern Cape District.

The man-ape theme has persisted through the years and right across vast continent of Africa. Always the story is similar. It is a creature that has savage intelligence and a body that is half human half ape. The size of the creature varies but it is usually described as seven to nine feet tall and capable of walking on its hind legs like a man. It is a nocturnal predator that sometimes contents itself to raid livestock but at other times it will brazenly force its way into a settlement and cause havoc ranging from rape to mass slaughter. Although not a demon or creature from another spiritual dimension it was believed that these creatures could be summoned and controlled by Witch Doctors or others that had made alliances with the “other world”.

As colonialists pushed their way into Africa and as more-and-more Africans migrated to the newly built cities the sightings and belief in these ape-creatures has faded. However, it is wholly possible that they did once exist and may still exist to this day hidden in the deep and impenetrable forests of Zaire and Uganda. Four main theories have been put forward to explain their possible existence.

The first is that they are a natural but very rare human-ape Hybrid. Educated geneticists will immediately point out that this is impossible as even the chimpanzee which is alleged to have 98% of the same DNA that humans do is incapable of interbreeding due to a differing number of chromosomes (Humans 24 / chimps 23). However, recent research has shown that humans and chimpanzees separated in evolutionary terms much later than originally believed. In addition, it also appears that the two lines separated, merged and separated again at least once. Is it possible that there was an unknown species of ape that retained enough genetic similarity with modern humans to interbreed up until very recent times?

The second theory is based on human and Neanderthal evolution. The Neanderthal (or Neandertal) is an extinct member of the “Homo” genus that died out approximately 25,000 years ago. Modern man knows of their existence largely due to fairly recently discovered fossils and skeletal remains from Europe and Asia. Why they disappeared is still a matter for conjecture but it is largely believed that it was a combination of climate change and the population expansion of Homo sapiens (humans) into areas traditionally occupied by the Neanderthals. However it is estimated that modern day humans and Neanderthals shared a common ancestor approximately 500 – 800 thousand years ago and had 99.5% similarity in DNA.

Could it be possible that either a “form” of Neanderthal – or even a third (unknown) version of the “homo” genus – survived in Africa until recent years? Please bear in mind that recent fossils do not survive well in the wet tropical climate of central Africa. To put this into context, there is significant evidence from tools and sites of habitation that Neanderthals survived in Europe until 24,000 years ago and yet no skeletal remains have been discovered that date earlier than 30,000 years.

A third theory is that these creatures are (or were) a very rare form of ape that has yet to be discovered or that became extinct in very recent years. The journals of early explorers of Africa often recorded strange creatures that have never been confirmed by science. One such creature was the Okapi. The historical record referred to it as the African Unicorn and early explorers described it as half-zebra half giraffe. The creature’s existence was finally confirmed in 1902 and given the name Okapi Johnstoni. There were, and still are, thousands of these animals in the wild. In practice, a fully sustainable breeding population needs only be a few hundred individuals as long as the group has the full range of inherited genetic diversity. It is possible – although unlikely – that science will still discover these ape-man creatures in some remote and isolate ecosystem.

The forth theory is the most simple. There are no giant half-man half-ape creatures. There are Gorillas, Bonobos, Chimpanzees and Baboon … and a great deal of superstitious exaggeration linked to ancient magical beliefs.

A final thought is this … as long as some people believe in and fear a creature then that beast lives on – if only in their minds. 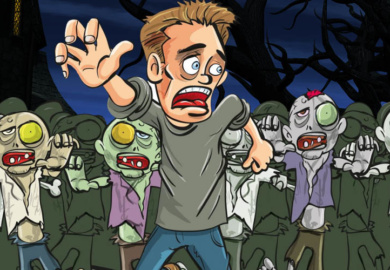 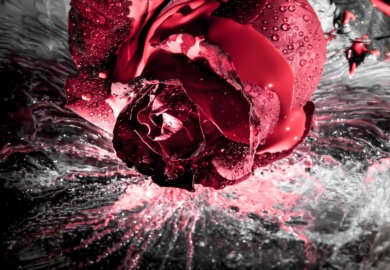