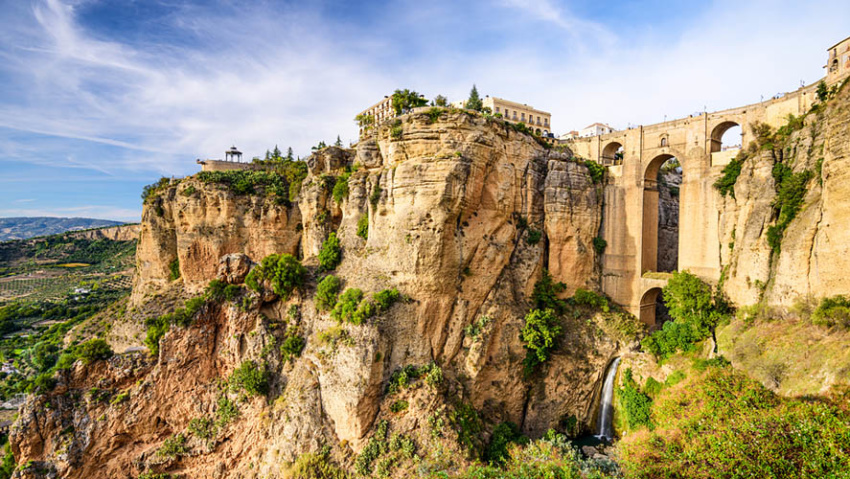 Perched on the edge a mountain cliff and divided in two by a spectacular gorge, is the small but ancient city of Ronda.  Located in the Andalusia region of Spain, the area near Ronda was first settled in prehistoric times and the rock paintings of Cueva de la Pileta have been dated to the Neolithic period with some identified as being around 20,000 years old.