A conspiracy exists when two or more people secretly agree to work together to achieve a goal that other people would wish to prevent. A conspiracy taken to action usually results in some harm, damage or loss being experienced by non-conspirators.

Conspiracies are real. There are many hundreds of well document conspiracies ranging from the assassination of Julius Caesar to, much more recently, President Nixon’s attempt to win the US presidential election by bugging (wiretapping) the offices of his opponents which resulted in the world famous Watergate scandal.

Conspiracy theories may be real or they may just be the result of overactive imaginations. Still, it’s surprising how many times the conspiracy theorists have turned out to be right. Just think about Iraq and the missing Weapons of Mass Destruction.

Take this quiz and see how clued up you are about conspiracies:

The secretive Skull and Bones Society has already had three of its members become presidents of the United States of America. What is this mysterious group?
A Florida-based organisation made up of the descendants of famous British and American pirates such as Blackbeard, Drake and Captain Kidd.
An Ivy League student society based at Yale University in New Haven, Connecticut (USA) who hold their meetings in a building called ‘The Tomb’.
A civil rights organisation formed by Abraham Lincoln in 1864 which held its first meeting in a crypt in Arlington Cemetery, Virginia, across the Potomac River from Washington, D.C.
An American civil war commemoration group based in Mannassas, Virginia, (USA) whose symbol is an ox skull known as a bucranium.

In 1943 the American Navy is said to have conducted a project known as the Philadelphia Experiment. Its objective was to make warships invisible by bending light. It’s widely accepted that the experiment went horribly wrong. What is generally believed to have happened?
The USS Eldridge exploded killing everyone on board.
The USS Eldridge vanished and was never seen again.
The USS Eldridge was transported through time and space to another test site.
The crew of the USS Eldridge all rapidly aged by an average of thirty years per person. Two individuals died of old age.

Quite a few conspiracy theories have been proven to be true. Which of the following was not a conspiracy?
The Nixon Watergate scandal
Project Cointelpro
The assassination of Winston Churchill
Operation Mockingbird

Has the US military ever officially recognised the existence of UFOs?
Yes
No

In 1999 a respected research group ‘Gallup’ conducted a survey to see how many people believed that NASA faked the landings on the moon. What percentage thought the landings were faked?
6 Percent
26 percent
46%

Has the US Government ever acknowledged that the assassination of John F. Kennedy was the result of a conspiracy?
Yes
No

What percentage of Americans claim to have spotted a UFO?
3 Percent
10 Percent
16 Percent

The Bilderberg Group meets once a year and often hosts some of the most powerful men and women in the world who are said to discuss important world issues. Why are freedom-of-information researchers so concerned about this organisation?
Journalists are forbidden – even arrested if they try and gain entry.
No record (minutes) of what was said at the meeting is kept or distributed.
The mainstream media seem strangely reluctant to challenge the secrecy of these meetings.
All of the these answers.

What is the X-37 and why is it worrying so many people?
It is a German stealth submarine upsetting the Russians by sneaking into their waters.
It is a Generation Delta fighter-bomber developed by Boeing Phantom Works that will shoot nuclear bullets.
It is a top secret unmanned spacecraft launched by America in 2015 that may have a secret anti-satellite weapon on board.
It is a North Korean tank capable of tunnelling underground into South Korean territory.

Which of these founding fathers of America was not a Freemason?
George Washington
Tomas Jefferson
James Monroe
John Adams
Benjamin Franklin

Which of these organisations was not a secret society?
The Broderbund (pronounced Broo-da-bondt)
The Neocrucians (pronounced Neo-crew-she-ons)
The Illuminati
The Knights of the Golden Circle

Has the CIA ever actively controlled the mainstream US Media?
Yes
No

President Barack Obama is the only American president that has had to publicly release his birth certificate to prove he was actually born in the USA. Conspiracy theorists have regularly claimed he was really born where?
Kenya in Africa
Afghanistan in Asia
Jordan in the Middle East
Southern France in Europe

The Kennedy family of America have long been involved with politics but do you know how many of them have been assassinated?
1
2
5
7

According to New Yorkers there are wild (some say mutant) alligators living in the sewers of the City. It is a regular news story in the region’s media but how many alligators have actually been officially recorded?
0
2
16
33

Millions of people believe that eating lots of carrots will give a person much improved night vision. Why is this?
Because it’s true – chemicals in carrots improve retinal sensitivity.
In 1989 genetic engineers modified the carrot to include the luciferin producing gene associated with bioluminescence.
Famous US Civil War sharpshooter Hiram Berdan claimed it was eating carrots that helped him shoot in such poor light.
British military intelligence used double agents to spread the story to hide the fact that British planes had been fitted with target finding night radar.

Alexander Valterovich Litvinenko was an agent of the Russian FSB secret service who defected to Great Britain he was assassinated in 2006 by an unknown group in a most unusual way. What was it?
He was killed by a grand piano pushed out of an upstairs window as he left his apartment in Kensington, London.
He was poisoned with radioactive Polonium-210 that had been put in his tea.
He was shot in the leg with a pellet of highly toxic ricin from the tip of an umbrella.
He was infected with the Covid 19 S virus while having a routine vaccination.

If you’ve reached the end of this quiz but you can’t see your score and results then you’ve missed a question and need to go back and answer it. 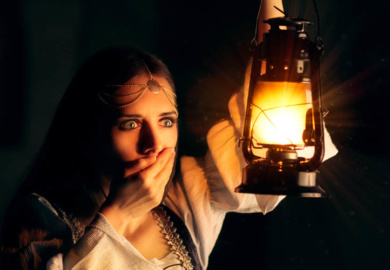 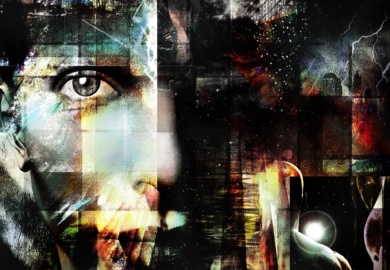 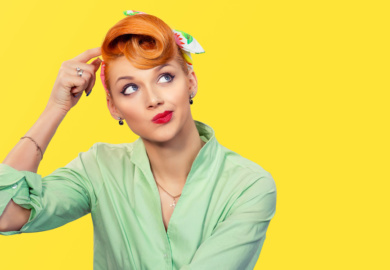