Perched on the edge a mountain cliff and divided in two by a spectacular gorge, is the small but ancient city of Ronda.  Located in the Andalusia region of Spain, the area near Ronda was first settled in prehistoric times and the rock paintings of Cueva de la Pileta have been dated to the Neolithic period with some identified as being around 20,000 years old.

Panoramic view of Ronda in Spain
Click image to enlarge

Ronda, where it is located today, was first occupied during the 6th century BC by the early Celts who named it Arunda and almost certainly chose the location for its excellent natural defences. The ‘Old Town’ dates back to the Roman period and was founded as a fortified post during the Second Punic War (218 to 201 BC), by Scipio Africanus. During the time of Julius Caesar (100 BC – 044 BC) Ronda was awarded the status of a being a city.

The gorge (El Tajo) splits the city’s 15th-century new town from its old town that dates back to the time when the Moors (Berbers / Arabs) ruled the country. A remarkable bridge, known as Puente Nuevo, links the two areas.  This is illuminated at night and can be seen from many miles away.  During the rainy season a small, but beautiful, waterfall, part of the Guadalevín river, gushes out over the cliff from between the arches of the bridge.

American writers Ernest Hemingway and Orson Welles stayed in Ronda as summer residents of the old town quarter – La Ciudad. Hemingway’s masterpiece, ‘For Whom the Bell Tolls’ tells how Nationalist sympathisers were executed during the Spanish Civil War by being thrown from the cliffs of an Andalusian village.   Hemingway is said to have based this section on events that took place at the cliffs of El Tajo and the nearby bridge.

There may be a fair bit of truth in this tale as there is a chamber above the central arch that was used for a variety of purposes including a prison. During the 1936-1939 civil war both sides executed prisoners by throwing them from the window to the rocks at the bottom of the El Tajo gorge. 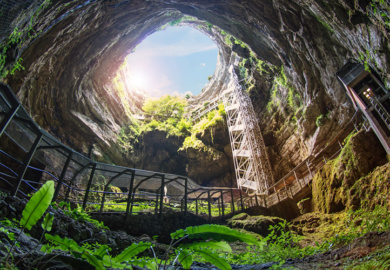 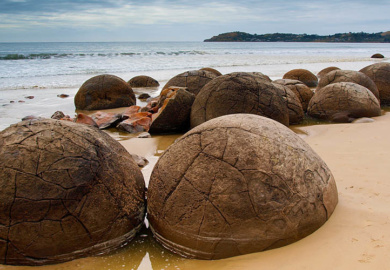 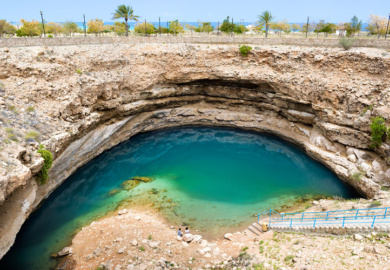