When women take off their shoes, the way they position their feet is a strong indicator of the emotions they’re experiencing. The key to understanding this group of body language signals is simple. If the woman is “pointing” her foot or “raising her heels” off the floor she is consciously or subconsciously making her legs look longer and thus more attractive. An example of this is the difference between the shoes a woman might wear when going out or when she is at home alone. The same woman that will wear glossy six inch heels to a nightclub will also happily wear tatty flat slippers around her home.

Most of the naked-foot signals shown on this page involve using the “Tip Toe” stance in one form or another. When women are prepared to take off their shoes but continue to walk on the balls of their feet it indicates that they have moved from displaying availability to pure sexual attraction. This is not an easy posture to maintain. The heel-lift clearly displays the soles of her feet which – although denied by men who feel there may be something wrong with them – is a highly erogenous zone. Ask yourself how many sexual encounters started with an innocent foot rub?

Known in ballet terms as the “pointe” it is a definitive and intimate signal indicating erotic femininity. Translated it might say: “Look at my long luxuriant legs with their smooth youthful skin and taut lithe contours. These legs go on forever and can take you to Heaven.” Positioned “straight-out” or tucked to the side – as long as the toes are pointed the message is clear. Nine out of ten models who pose naked will automatically point their toes or feet to accentuate their sexual allure. It works best with narrow feet but can even make a broad foot more attractive.

This is the “naked-foot” variation of the “kiss me” position. The woman raises her heels and leans forward. Her stance increases her height to that of the man so that their lips are of equal height and her hips are pressed forward onto his. Translated it might say: “I’m reaching up to you – take me.” This is as good a place as any to remind our readers that a single signal is often not enough on its own to define a clear message. Many women habitually assume this stance when kissing their husbands goodbye in the morning. Still, after an evening out and with a few drinks adding a buzz – it’s a give away sign.

Generally this means “I’m interested but not convinced.” This may be because the woman is unsure of the man or herself. It’s a hint that of how things might go but nothing more. What it does do is lean her body towards the man and allow her to “point” one of her knees to indicate the direction of her interest. It is more commonly seen when a woman is wearing shoes. If she has already removed them – as shown in the picture – it means that she is increasing her interest but that the man should take it slow and gentle.

This is a favourite of models. Each foot is place in a straight line in front of each other. It’s a graceful “prowl” and when a woman approaches a man in this fashion it indicates an immediate and direct sexual interest. Translated it might say: I’ve stopped playing and I am now stalking what I want – you! For this reason it is the exact motion adopted by “catwalk” fashion models and is named after the graceful way that cats actually walk. Feline and feminine this posture narrows the legs, implies confidence and sexual aggressiveness in a controlled and feminine way.

This is not a pure sexual signal but rather one that indicates a playful happy mood in an engaging setting. The woman lies on her stomach and raises her lower legs with her ankles crossed. If it is performed while a man is present, it indicates a relaxed and comfortable mood that is both intimate and, for many men, mildly erotic. This is perhaps because the posture is common amongst younger women at the poolside or at slumber parties and is therefore a “Playful” challenge. Translated it says: “Look at me – I’m happy, pensive and just a little naughty. Care to try your luck?”

This is a motion signal that starts by covering the one foot with the other as shown in the picture above. As it stands, this indicates a degree of comfortable nervousness but if the foot is then drawn across the lower one and stroked across the ankle it becomes nervous arousal. We’re sorry that we have to keep reminding people that context is critical. If this is a waitress who has been working for the last six hours then her feet are probably just tired. If it is in an intimate setting after a lovely dinner or relaxing swim then it probably is sexual in its intent.

Walking on the balls of the foot also makes the legs appear more graceful and feline. Ballet dancers, a potent symbol of femininity, often ruin their feet by taking the position to extremes and actually standing on the tips of their toes – the classic “A Pointe (releve)’” position.

Why are long legs so strongly associated with femininity and desirability? One source claims that the legs of adolescents appear long and thus length implies youth – always desirable to men. Another source suggests that long legs give a woman the automatic appearance of gracefulness which in turn implies femininity. A third source, and one more down to earth, suggests that long legs means that a woman can run faster and is more likely to survive in a hostile world and therefore a better potential mate. (All humans sprint on the balls of their feet.) The truth is that it may well be a combination of reasons but there is no doubt that men generally prefer long legs.

Women who wish to appear attractive, and by definition available, will wear ankle twisting heels and flit on tip toes to achieve this visual effect.

Another important consideration is symmetrical proportions which imply physical wellness and long straight legs help to create this impression. It was not very long ago that bandy-legs (birth defects) and Rickets (vitamin D and calcium deficiency) were common in the western world and straight legs were seen as very visual evidence of wellbeing – health. 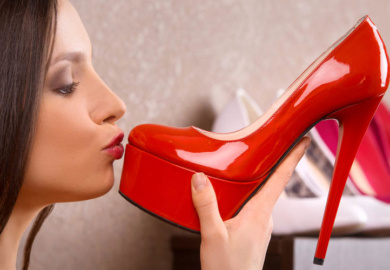 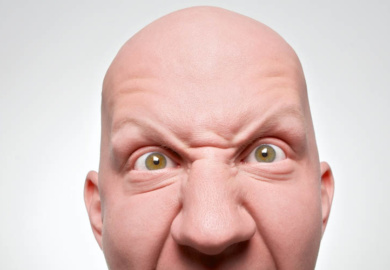