With the palm facing forward this gesture is seen as positive and meaning victory. It was popularised by Winston Churchill and other Allied leaders during WWII. During the 1960’s and early 1970’s it became a symbolic gesture of the “alternative” and “anti war” hippie movement and became to mean “peace”. It probably assumed this context because the anti Vietnam war movement believed that peace would be victorious. It was very common to make the gesture and say “peace” at the same time. As time passes and the 1960’s are less relevant to people it is assuming its original meaning again.

It’s believed this gesture was popularised by divers because the thumbs up / thumbs down gesture meant – go up or go down. Myth has it that the fingers form the “O” and “K” of OK. Again, this is probably just coincidence. The truth is that this gesture has been used for centuries by gem stone dealers. The gem would be placed between the forefinger and the thumb, held up to the light and moved back and forth to change the angle and check for flaws. We still use this motion today. It does not mean “Your Anus” unless the extended fingers are inline with the circular forefinger.

As a gesture it’s one of the most common. Several references believe that is was used by Roman rulers at the “Coliseum” and other arenas to indicate whether a gladiator lived or died. This has recently been debunked as increasing evidence indicates that most gladiatorial battles did not end in death. It was popularised by American and Chinese pilots during WWII. In China this gesture means “one” or “number one”. Whatever the origin, it is generally considered a positive gesture. Don’t jab it forward as this has a completely different connotation.

Generally this means “wishing for good luck or fortune”. Another interpretation could be seen as “here’s hoping”. The gesture probably has pagan / Christian origins where the gesture was believed to ward off evil. As such, folklore believes that crossing the fingers when telling a lie somehow offsets the evil of the lie. Some historians believe that crossing your fingers is a hidden or secret way of making the Christian sign of the cross – a sure-fire way of defeating demons. As a gesture it is has both positive and negative symbolism. Luck or lies.

Thumbs DownThere is no need to discuss origins as this is clearly the opposite of the thumbs up gesture and is one of the few hand signals to have an opposite. It generally indicates that something is bad or not accepted. “It received the thumbs down” has entered the English language as an expression to indicate that something has failed. Its use is nowhere near as common as the thumbs up gesture and is seen as a somewhat rude, callous and arrogant way of indicating failure or disapproval. It is usually made as a single downwards jab of the thumb.

Mothers and teachers are common users this hand gesture. In general it is used to admonish or warn a single individual. It is a variation of the “you” gesture. If translated into language it would say. “Stop whatever you are doing and pay attention to me. I am your superior and I am warning you!” Classed as a “silent” parent to child gesture, it is completely unacceptable in a professional environment where it will be interpreted as both rude and domineering. Some psychologists believe that it is a metaphor for the cane or whip.

JUST STOP AND CALM DOWN

To the right and below are two very similar hand gestures that have subtly different meanings. The one to the right has the hand tilted forward implying control. It is an authoritarian signal that states “Stop – Enough”. The forward tilted fingers are pushing down indicating that the person for whom the gesture is intended should “sit” or “settle”. The tilting of the hand indicates that the person doing the gesture feels confident and in control of the situation. It is not as defensive as it seems and is actually “pushing down’ the person for which it is intended.

This gesture is a metaphoric wall. The fingers and palm are vertical and indicate a barrier. In most cases it is clearly a defensive gesture that, if translated into language, would state: “Stop! I am uncomfortable with this communication. Stay away.” If done in a casual or off-hand manner it is the “Talk to the Hand’ gesture and suggests that the user is completely uninterested in the communication. This second, and rude, interpretation is quite rare and implies both the confident superiority of the user and their disregard for the importance of the recipient.

COME ON – HURRY UP

People actually look at their wrist in this way even when they’re not wearing a watch. Generally it’s a sign of impatience or irritation. When it’s done subconsciously it indicates that the person doing it feels that it is “time” for the communication to end. Where it is done consciously it is a subtle signal that the communication needs to move on or end. This gesture is rarely missed by people for whom it is intended. Certain cultures, particularly those from the Middle East will perceive this as extremely rude as their culture believes that once a communication has started it must “take its time”.

According to most parents in the West – pointing at people is rude. It falls into the same category as “don’t stare”. The use of this hand gesture implies that a dominant- to-subordinate relationship is taking place. It is a brave or desperate employee that points their finger at a superior in this manner. In general, this is an aggressive signal that if translated into language would state: “You! I’m not happy. You’d better pay very close attention because this is very personal to you.” As humans we don’t like being pointed at. This gesture singles people out from the safe huddle of the crowd.

Things to be noted …

There has been much written about common hand gestures – a fair amount of it contradictory and some it is just plain nonsense. With this in mind, there are several important considerations that should be noted.

“Beauty without expression is boring.”

This was proposed by Ralph Waldo Emerson an American Poet, Lecturer and Essayist who lived between 1803-1882.

What is important is that it is very easy for hand signals to be misinterpreted even amongst close friends. However, as television and the internet spreads common programming amongst different cultures so increasingly diverse groups of people will recognise the meaning and the context of at least the more common hand gestures. Not all dictionaries agree on the precise meanings of words and not all experts agree on the precise meanings of hand gestures. This section attempts to provide a basic consensus but should not be seen as the absolute and final word on the subject – It is a guide and no more. 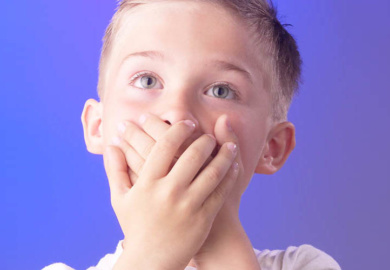